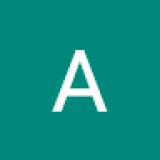 annie_l  —  Grammar Tips
The lowest part of something or the part that it stands on, as in the base of a lamp.
To use something as the starting point for something else.
The place from which a business, an army, etc., is controlled, as in a base of operations.
In baseball, a base is one of the four corners of the diamond to which you must run in order to score.
In chemistry, a base is a substance that will react with an acid to form a salt.
In mathematics, a base is the starting point for a counting system.
Selfish or mean, as in a base trick.
A game played with a bat and ball and two teams of nine players each.
The ball used in this game.