This Grammar.com article is about Commas and Independent Clauses — enjoy your reading! 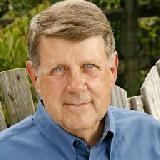 Comma Before the and


The supervisor reported the misbehavior, but the personnel committee ignored the evidence and refused to terminate the employee.

There is an exception (there's always an exception): If the two independent clauses (compound sentence) are short and closely related, you may omit the comma:


The assistants did the research and the manager wrote the report.

But even if the clauses are short and closely related, do not omit the comma if your readers could confuse the second subject with the object of the first verb. Look at this example and see how your brain at first interprets the words the boy:


The robber tied up the mother and her son ran for help.

The words her son could serve as the object of tied up. To prevent momentary ambiguity, use the comma:


The robber tied up the mother, and her son ran for help.

If a sentence has three or more short, closely related independent clauses, separate them with commas, and put a comma before the conjunction:


The employees filed their complaint, the committee heard the arguments, and the company awaited the final decision.