This Grammar.com article is about “Fewer” vs. “Less” — enjoy your reading!

A couple of adjectives cause many writers a lot of trouble: less vs. fewer. Let’s straighten out the problems.

Many writers confuse fewer and less, usually using less when they mean fewer. Let’s review the differences between these words so that you can use each with precision.

Notice that fewer and less are adjectives. Necessarily, they modify nouns. Right off the bat, we can identify a key difference between the two words: The word less modifies singular nouns, while fewer modifies plural nouns.

Let’s look at examples of each adjective when they modify tangible nouns, stuff you can pick up and see:


Of course, the nouns modified by fewer and less can be abstractions or other intangibles, stuff you can’t pick up and see. Again, follow the rule of modifying singular nouns with less and plural nouns with fewer: 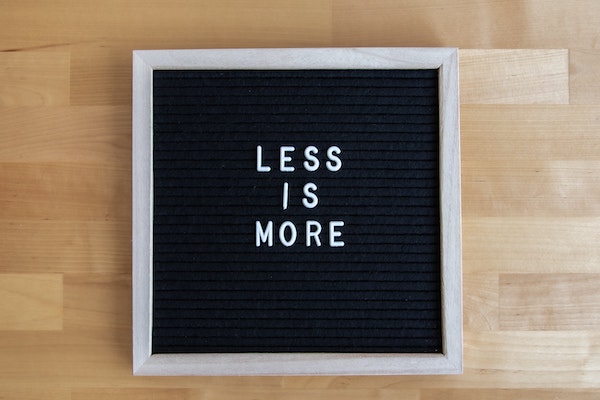 But the singular-plural distinction goes only so far. I could not, for example, say, I should eat less cookie. So the singular noun has some special trait prompting its need for less. As a rule, it will describe something that cannot be easily counted. Thus, the singular nouns milk, medicine, and asphalt are very tangible and capable of some sort of measurement, but the nouns themselves are not susceptible to any kind of tally. So you would want to drink less milk, take less medicine, and purchase less asphalt.

But if you take these nouns and identify units of measurements, then you’ll need to turn to fewer when you want to drink fewer ounces of milk, take fewer pills, and purchase fewer tons of asphalt.

Think of the noun modified as being one of two types: (1) either you can count them or (2) or you can’t, because the noun is naming an amount or chunk of something.

Think of a grocery cart (one of those with only three wheels working). When you look in other people’s shopping carts, it looks as if they have a big blob of food in there. But actually they have separate items—items you can count . . . items you do count in the express check-out lane.

Most grocery stores botch it in their express-lane signs when they say, Fifteen Items or Less. In my experience, only Safeway gets it right: Fifteen Items or Fewer. You can—and do—count the 25 items the jerk in front of you has in his basket as he checks out in the express lane. He doesn’t have less than fifteen items. He is supposed to have fewer than fifteen items.

Complain to your store manager and point out how the grocery store is further eroding the knowledge of grammar in America. And while you’re at it, urge the manager first to edit and second to enforce the store’s fifteen-items-or-fewer rule.

When the noun is uncountable, chances are it’s an amount or chunk of something, or just a bunch of stuff you never think of counting and perhaps couldn’t count if you tried: less salt, less sand, less ambiguity. But: fewer grains of salt, fewer grains of sand, fewer ambiguities.

So remember: Use less for singular nouns that are kind of chunky and fewer for plural nouns naming things you can count.


Fewer vs. Less -Time and Money

You’ll encounter a big exception to these less-singular and fewer-plural rules. Sometimes a plural noun is describing something that’s chunky—a singular amount. Consider time and money. You will often describe an amount of time with a plural noun, e.g., years. Here, the use of less is correct:


He earned his degree in less than four years.


He earned his degree in fewer than four years.

This must mean that he earned his degree in either three years, or two years, or just one year. Those are the only measurements that could possibly be fewer than four years. Increments between those yearly milestones are not within the meaning of fewer than four years. Thus, we’re not counting the years. Instead, we’re using a plural noun to name a singular amount of time. Use of less, therefore, is correct.

Money, too, is rather chunky. Here, the use of less is correct as well:


The court has jurisdiction of cases involving less than 10,000 dollars.

If you are counting units of time, however, you should use fewer. In the following example, we are specifying exact numbers of days, not a chunk or set amount of time:


The statute requires our response in not fewer than 10 or more than 20 days.

Thus, in a word, use less when you cannot count the noun modified. Use fewer when you can. Use less with singular nouns; fewer, with plural nouns. But if you’re using a plural noun to measure a chunk or amount of money or time, then you should use less (less than five years, less than 2,500 dollars).