This Grammar.com article is about Aspiration vs. Inspiration — enjoy your reading!

Aspiration and inspiration are two words that have little spelling difference but a huge difference in their meanings.

Today I will talk about both these terms in detail to differentiate in their meaning and usage in English language.

Aspiration is used in English language as a noun which means a feeling of hope or ambition to achieve something.

The aspiration of the little girl is outstanding.

Aspiration is also used as a noun to represent the action of breathing in medicine.

The patient’s aspiration is not smooth. 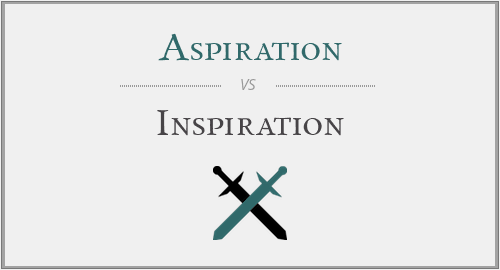 Inspiration is also used as a noun in English language and it means mental stimulation to do something creative.

His inspiration to lose weight will not go wasted.

The second meaning of inspiration as a noun is somewhat similar to aspiration as it means to draw breath or inhale.

His lungs are affected leading to difficulty in inspiration.

So it is aspiration that leads to inspiration.