This Grammar.com article is about Former vs. Latter — enjoy your reading! 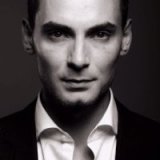 We already discussed about what "latter" means and when it should be used, in a previous article, where we actually outlined the difference between "latter" and "later" and explained how to make sure you never misspell them. If you think it might be useful, go check that too. But what about "former" and "latter"?

What's the difference between them? Sometimes, people get confused and tend to use one instead of the other, which is wrong because each has its own signification and rules of usage. So that's what we're going to point out in this article: what "former" and "latter" mean and how you can use them correctly in your expressions.

Both "former" and "latter" have identical rules of usage. Mainly, they are adjectives that can only appear before nouns and can only be used in this form: adjective + noun. They don't necessarily describe something, they actually tell something about the noun. But, they can also function as nouns, if you add "the" before them. So if you use them as "the former" or "the latter", they slightly change their definitions and can be used differently. See below how, as well as some relevant examples.

When do we use "former"?

"Former" in this form, simply, without the definite article placed before, can only be used before a noun. The word refers to something that existed, happened or was true in the past, but not in the present anymore. If it is preceded by the definite article "the", then it becomes a noun and it refers to the first of two elements that have just been mentioned or talked about.

Example 1: Our former president was replaced a few years ago by a more competent person. - "former" placed before "president" tells that the person occupied, but does not anymore, the president's position.

Example 2: You can choose either a laptop or a pc, but the former is a better choice given how much you travel and need mobility. - "the former" refers to the first of the two elements just mentioned, in this case to the laptop.

The situation is exactly like the one with "former". As an adjective, "latter" is always placed before a noun and it is used formally, referring to the time near the end of a period. If preceded by the definite article "the", "the latter" becomes a noun and it refers to the second or last of two or more elements that have just been mentioned or talked about.

Example 1: There were written several important books in latter half of the nineteenth century. - "latter" is an adjective here, referring to the period next to the end of the second half of the 19th century.

Example 2: I wasn't sure whether I should buy a black coat or a white one, but eventually I chose the latter because it's more elegant. - as a noun, "the latter" refers to the last of more elements just mentioned, in this case to the white coat.

If you find it difficult to remember what "former" and "latter" refer to, keep in mind that the hint is in their first letters. "Former" starts with "f", and so does the word "first", which is a clue that "the former" refers to the first element from more that have just been talked about, and that "former" refers to a thing that was true at first, in the past, but isn't anymore. As for "letter", the first letter is "l", just like in "last", which indicates that "the latter" refers to the last element from more that have just been mentioned, or to the last period from a specified period of time.