This Grammar.com article is about Grammer vs. Grammar — enjoy your reading!

In the English language, numerous words have sometimes multiple spellings while their meaning remains the same. However, that is not the case for grammar and grammer respectively as they cannot be used as synonyms of each other. 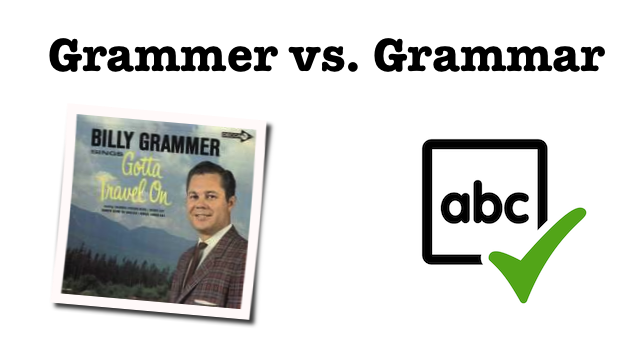 When to Use Grammar:

Grammar is referred to as the methods and rules that are to be followed for the accurate structuring of any language.

Allison made many grammatical mistakes in her essay.
I lost my grammar book yesterday at school.
Students in grade 7 can easily make grammatically complex sentences.

When to Use Grammer:

Grammer is a proper noun. It is not to be used in any other context.

Guinevere Grammer is a highly professional artist.
Miss Grammer you are under arrest for conspiring against the government.

Grammar and grammer are entirely different things with different meanings and they cannot be used in place of each other as synonyms as that would be considered wrong. Remember, that grammar and language both have the alphabet ‘a’ in them twice and so, grammar is used to refer to language structuring.
Rate this article:(3.23 / 47 votes)