This Grammar.com article is about Concrete Noun vs. Abstract Noun — enjoy your reading!

A noun can be divided into two categories:

A noun is termed as concrete noun if it can be identified by five senses of human beings i.e. taste, smell, sight, touch and hearing).

Please pick up the phone.

In the above example, phone is the noun and it is a concrete noun as one can touch , hear and see a phone. 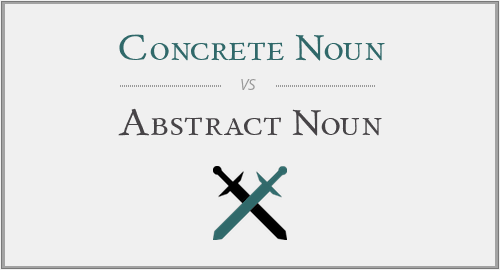 Alternatively, a noun will be called an abstract noun if it cannot be identified or perceived by the five senses of human beings.

He was impressed by her honesty.

In the above example, the noun honesty is a noun that cannot be perceived by the five senses. Honesty cannot be touched, seen, heard, tasted or smelled. Thus it is an abstract noun.