For many years there has existed a difference in the spelling for the name of element number 16 with the symbol S. British English spelt it "sulphur" while North American English used the phonetic spelling "sulfur". In the late 20thC, the International Union of Pure and Applied Chemistry (IUPAC) decided that the single spelling of sulfur was prefered. Throughout this course, the British spelling and its derivatives have been used, but the IUPAC version is equally acceptable.

Strangely enough, guess where the city named Sulphur (and not Sulfur) may be located? It is located in the State of Louisiana in the United States, which just shows how illogical the spelling of words may be! 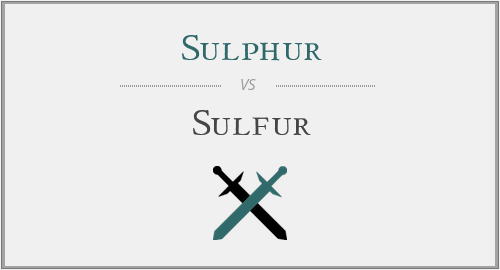