This Grammar.com article is about optimal vs. optimum — enjoy your reading!

Both of these are technical terms in certain mathematical disciplines. Optimal and optimum both mean “best possible” or “most favorable.” Optimal is used solely as an adjective, as in “optimal method of completion, while optimum functions as both a noun, as in something “being at its optimum,” and an adjective, “optimum method,” although this is less common.

According to professor Larry Trask (Ph.D. in linguistics) neither word should be used where best is intended. You should write, "The best result. 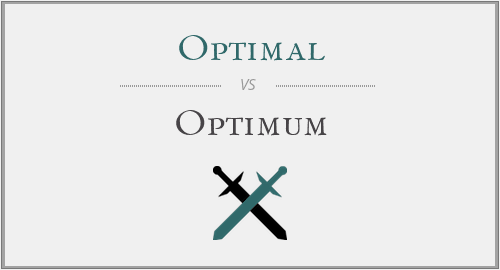