This Grammar.com article is about To vs. Too — enjoy your reading!

There are some pairs of words that are easily mixed up with one and another. One example of such pair of words is too and to.

Today I will discuss both of them in detail. To as preposition: To is used as a preposition which means to express motion in a specific direction.

Let’s all go to park.

She asked me to come but I didn’t want to.

To vs. Too The to at the end of the example sentence shows that it represents to come but it is used without it but still give the same meaning. Too as adverb: Too is used as an adverb where it means also. 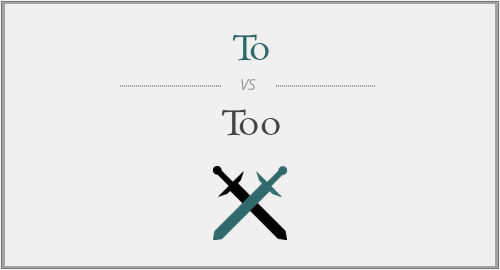 He gave me pizza too.

The above sentence explains that too means that pizza was also given to the subject of the sentence.

Too is also used as an adverb to represent something that is of a higher degree or concentration than required.

This tea is too sweet.