This Grammar.com article is about Generalise vs. Generalize — enjoy your reading!

There are some minor differences in spellings of the same world in different parts of the world. Generalize and generalise also belong to the same category of words.

Generalize is a verb used in English language and it originated from the root word general. Generalize means to make some broad or general statement from specific cases.

Generalizing the diseased is not the solution.

Generalize can also be used as a verb which means to make something widely applicable.

His statement cannot be generalized. 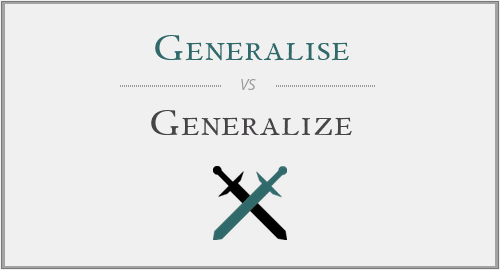 In the American and Canadian English many words use z instead of s which differentiates them from the common and native British spellings of the world.

The native spellings of the word are with an s and they are widely used in British English in U.K., Australia and Canada.