out with old, in with the (no so) new

Professor R. L. Trask (Ph.D. in linguistics) has the following to say on show and shew: Except in quotations and in certain legal contexts, the spelling shew for show is now obsolete and should not be used. The past tense of show is always showed: She showed me her photographs. The past participle may be either shown or showed in most circumstances: She has often shown me her photos or She has often showed me her photos, as you prefer. However, in the passive only shown is possible: write The house is being shown  to prospective buyers, not * ... is being showed. 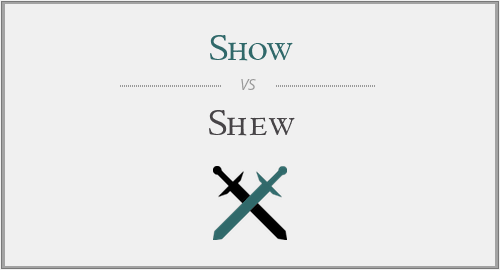